In the early season, this is a very productive pattern to have in your fly box. 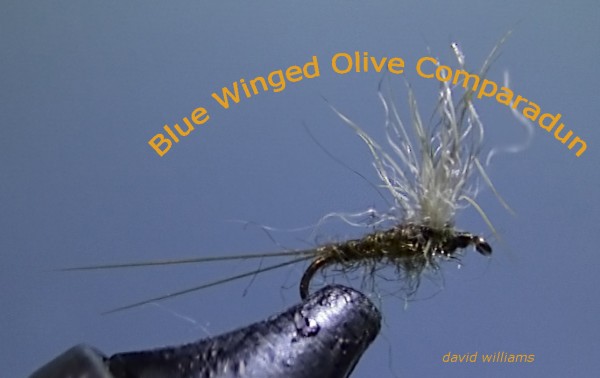 The Baetis (Blue Winged Olive) is usually tied in a size 16 to 20. The fly has an early season appearance, sometimes as early as February, and can be found throughout the year on Eastern waters.

The nymph is a fast swimmer and forms a large part of the trout’s diet, although it is of such a diminutive size that it is difficult to see until it emerges.

This pattern can be modified by substituting tan Antron as a trailing shuck instead of the fibbet tails.

The wing can be separated into two flattened portions by adding a little head cement between the folded down wings; this is a good imitation of a spent spinner.

I would never be on the Grand River without this pattern.

Tail: Microfibbets (I am cheap, I use two or three bristles from a nylon brush). 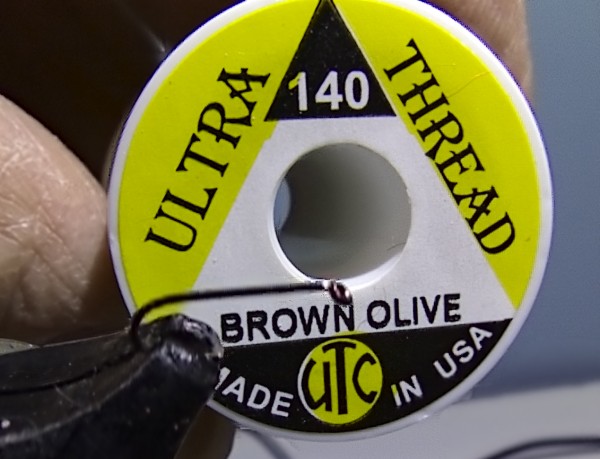 Start the thread and wind down about one third of the shank length. 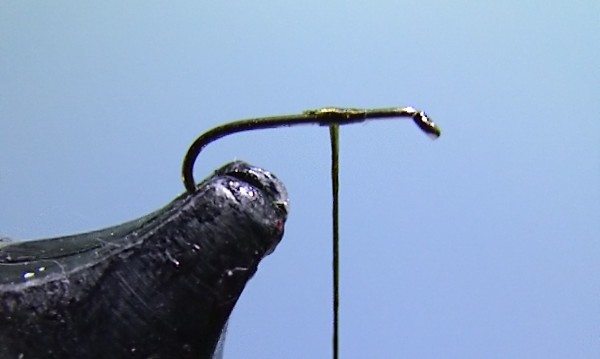 Take some snowshoe rabbit foot fur, about one shank’s length and tie in at that spot using two pinch wraps. The fur should be laying forward initially. 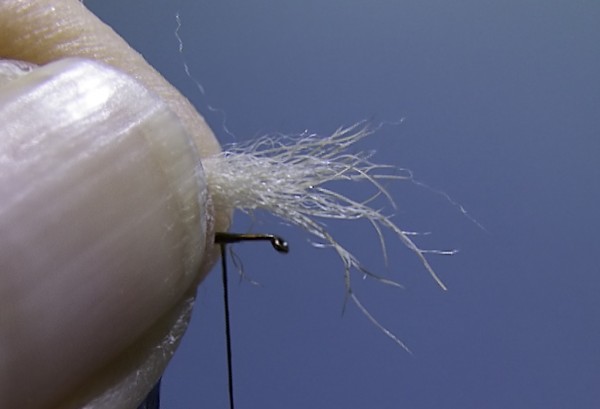 Cut off the ends of the fur at a diagonal and wind the thread backwards towards the hook bend. 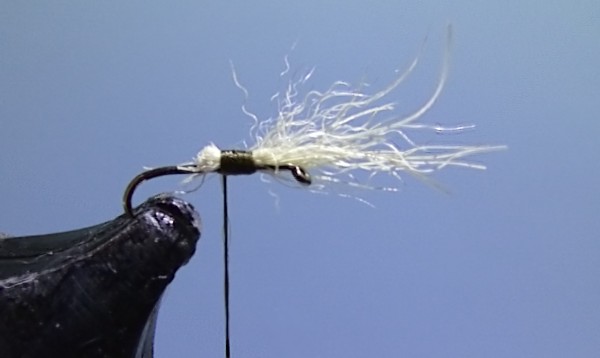 Catch in the tail fibbets, and separate them with a figure 8 loop. 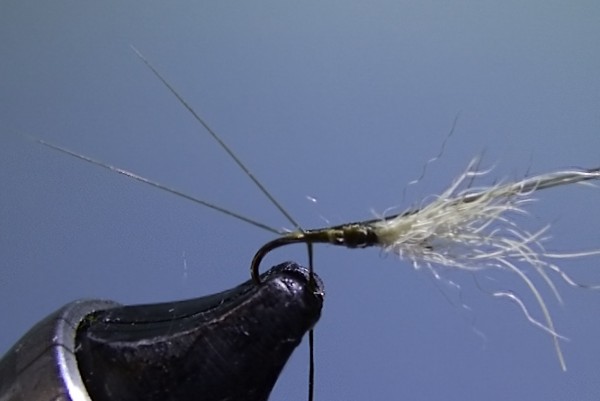 Twist a very sparse amount of dubbing onto the thread. 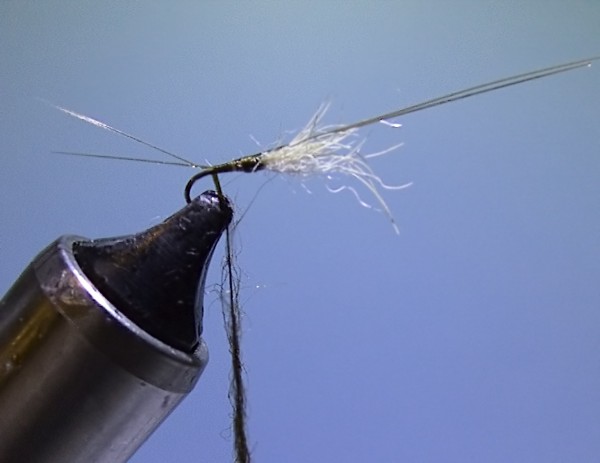 Trim off the forward pieces of redundant tail fibbet material, and dub the abdomen just up to the rear of the wing. 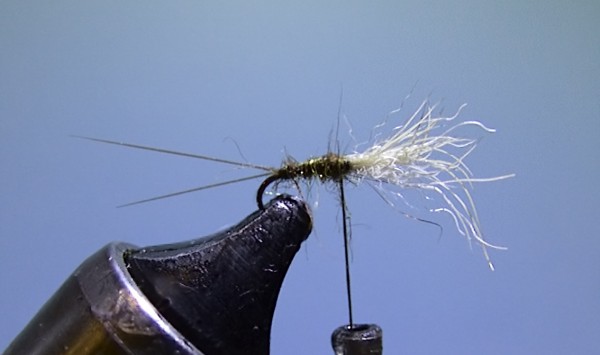 Push the wing upwards and continue dubbing in front of the wing so that the wing is made to stand upright. 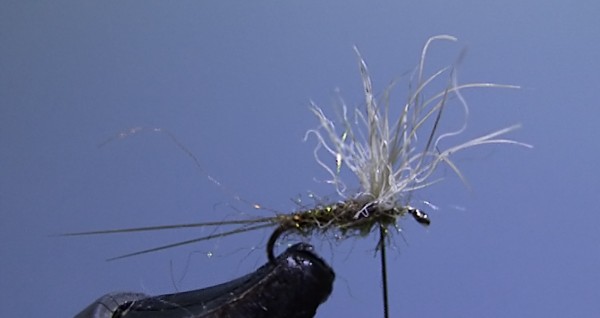 Whip finish by adding some Zap a Gap cement to the first inch of thread dangling from the fly, then apply your whip finish. Use a dubbing brush to fluff out the dubbing to get that buggy look.

Here is the finished fly. 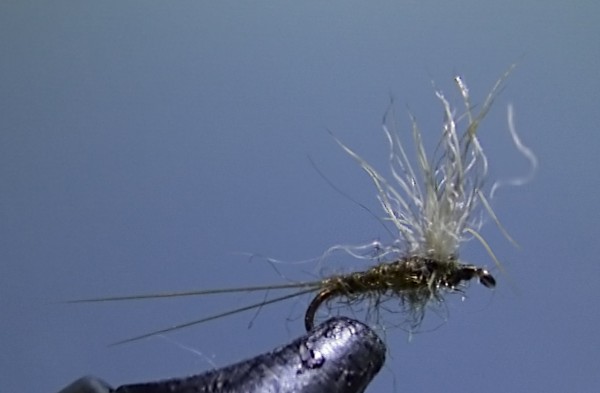 If you plan on fishing faster water make the wings fuller by adding a little extra rabbit’s foot hair.