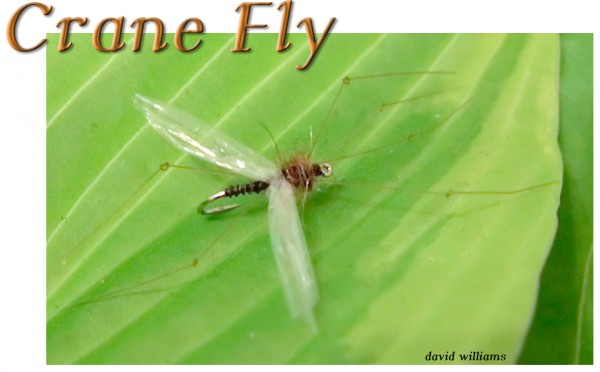 Debarb the hook. Wind on thread to start of hook bend. At the hook bend tie in two pheasant tail fibres, and after a small application of head cement to the thread windings, wind the pheasant tails to mid shank. I find the fibres less likely to break if the fibres are hand wound onto the hook rather than using hackle pliers. 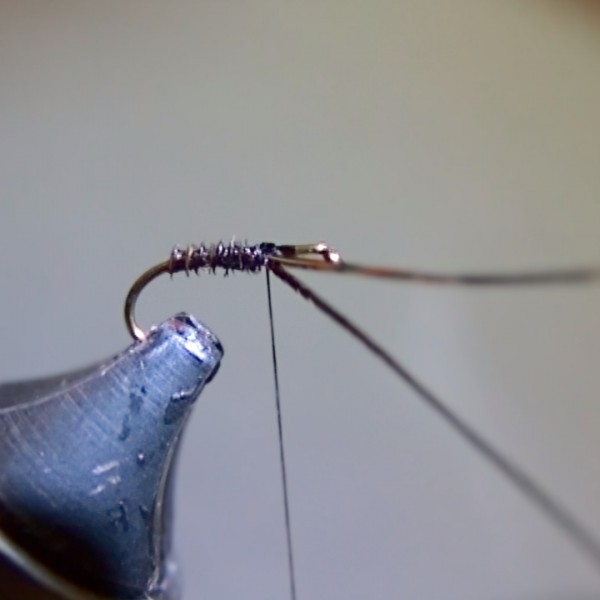 Tie in the first leg. 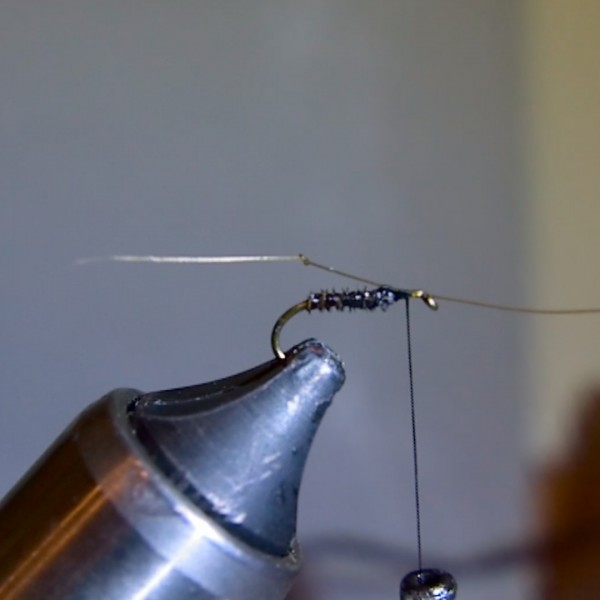 Tie in the second leg. 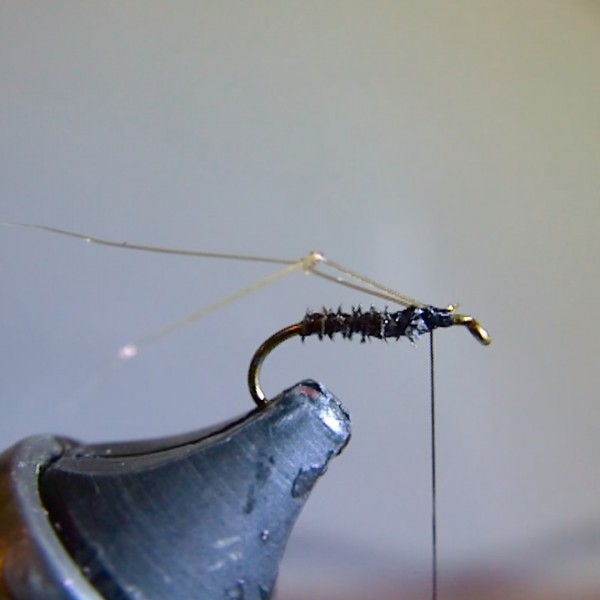 Roll a half inch oval of Saran Wrap, and tie it in just forward of the legs. 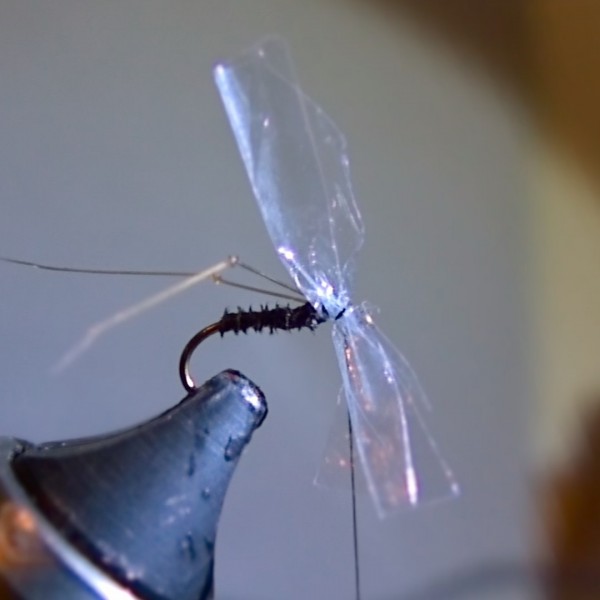 Adjust the wings to lie on top of the shank using figure eight thread wraps. 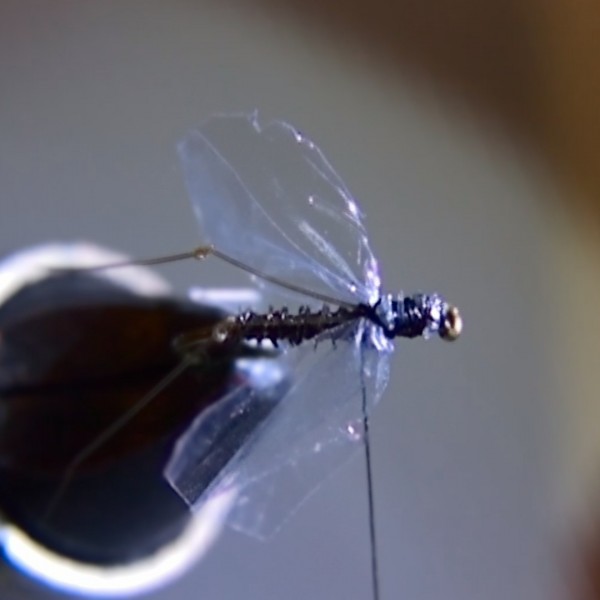 Tie in the remaining four legs. 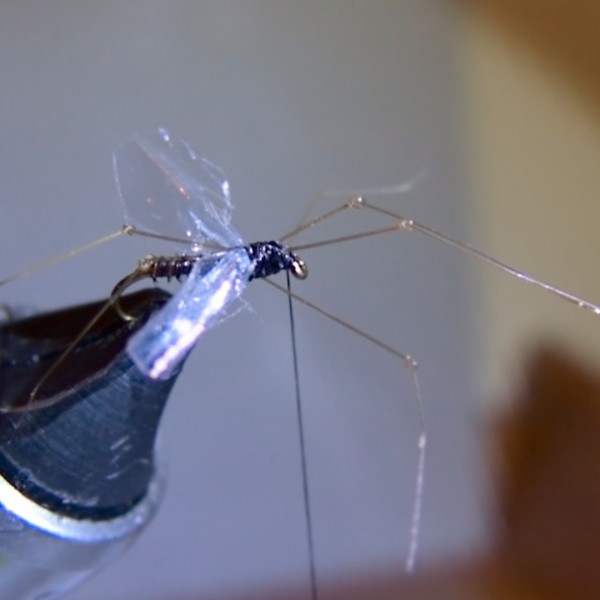 Dub on a small but thick thorax. 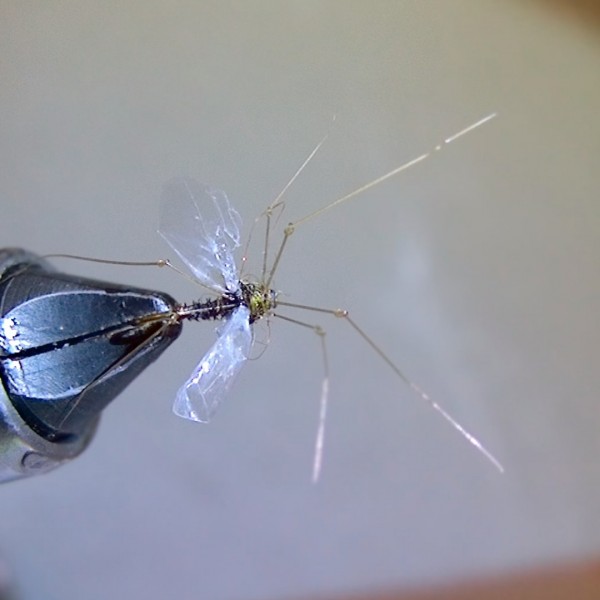 Whip finish and apply a small bead of cement to the underside of the thorax.
ADMIRE THE FINISHED FLY. 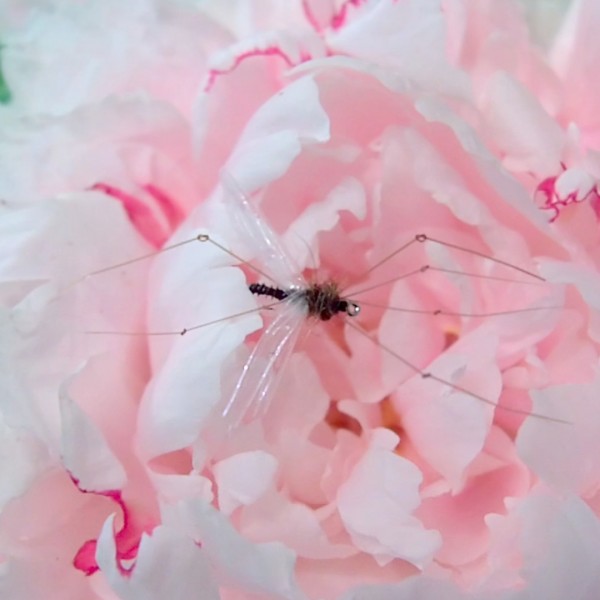 Note that this fly is best fished either as a dry by quarter casting upstream with frequent mends, or by dabbing on the surface, downstream with the line off the water.