Skip to content
The Meeting of 7th January, 2014
Attendance at the meeting was light due to the cold, driving conditions, the Orthodox Christmas or perhaps members were just too stuffed still from the holiday turkey.
Sean Deighton was the featured tier for the evening and entertained us with a mix of smallmouth bass and carp flies.
The Black and Blue Cactus Leech is Sean’s interpretation of a blue and black rubber worm that his spin fishing friends use with great success. 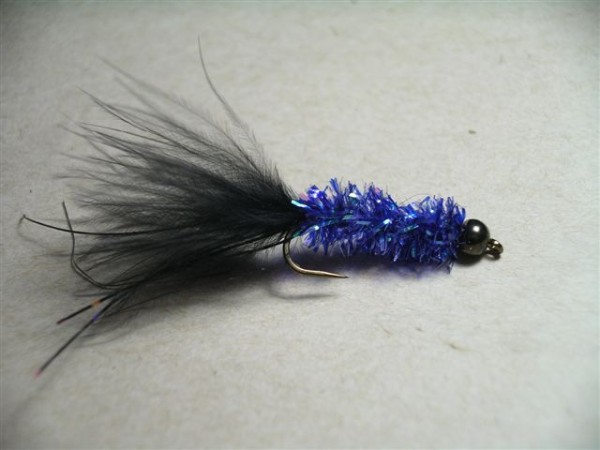 It has a black marabou tail with a few strands of flashabou. The body is cactus chenille and it is tied on a streamer hook with a bead head to get the fly down.
Murray’s Hellgrammite is a Harry Murray pattern using a streamer hook with a lead wrapped body.The tail and body is black ostrich hurl with a palmered with a black streamer hackle. Rubber feelers at the head completes the fly. 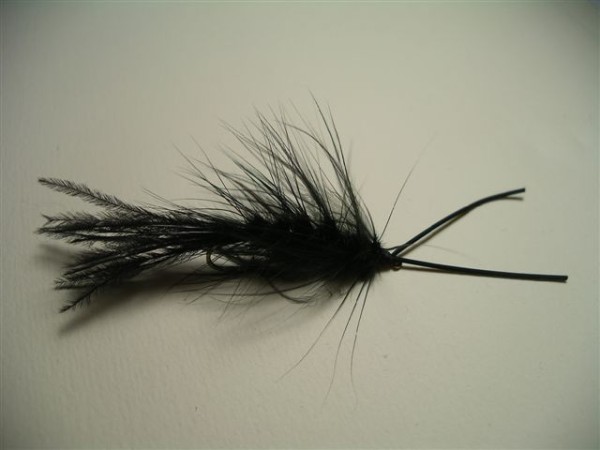 The Pheasant Dragon Nymph is tied on a jig hook with black bead chain eyes. The tail is olive grizzly marabou with a body of olive Senyo Lazer Dub and 3 hen pheasant hackles wrapped in stages throughout the body with dubbing in-between each hackle. The fly is then inverted (hook bend and eye up) and a larger hen pheasant feather is tied flat wing style for the wing case. Olive dubbing behind, around and in front of the eyes completes the fly. 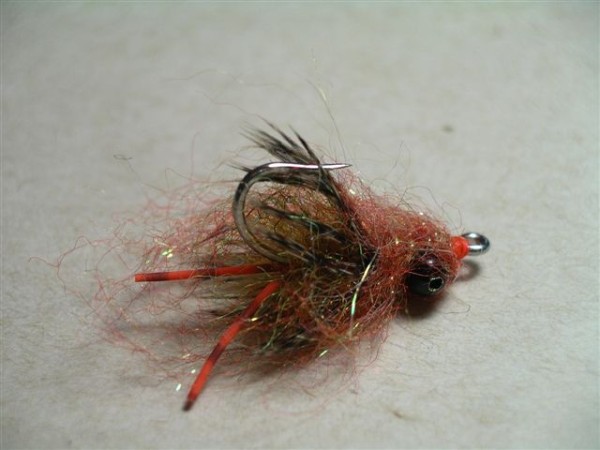 A collar of grouse hackle or mottled hen saddle is tied in behind the eyes and the head is formed with Senyo Lazer Dub in a dubbing loop which is brushed out before and after it is wrapped. This pulls out many of the longer fibers and gives the fly its buggy appearance. We can certainly see smallmouth bass and even bonefish possibilities with this pattern. Try tying it in several colours to imitate small crayfish, crabs or shrimps.
Elliot Deighton