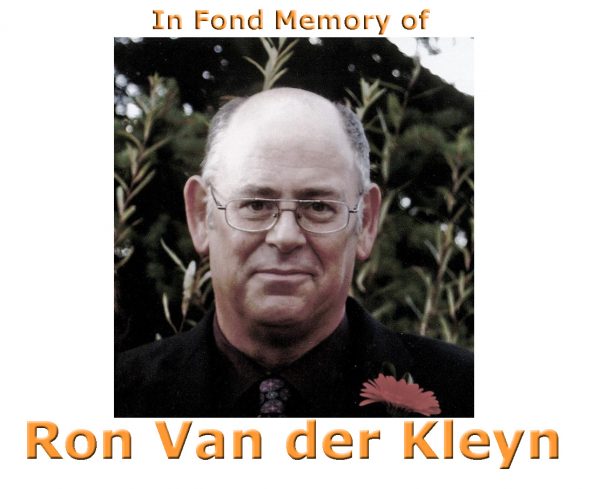 Ron passed away last Thursday at the Newmarket Hospital.

Ron had only been a IWFFC member for two seasons before undergoing a stem cell transplant in the summer of 2015.
He was combating a painful cancer that he had been fighting for the previous six years.
Ron was in one hospital or another for the remaining 10 months of his life, going from Princess Margaret Hospital, to their Rehab Centre, to Toronto General, to Mount Sinai, and on to the Toronto Rehab Centre. Then once again to Toronto General and back to where he started, Princess Margaret.
Ron sure made the rounds with the downtown hospitals in that ten months. Elliott jokingly asked him one time if he was trying to set a record by being in every downtown hospital.  He said no “I haven’t been in Sick Kids yet.”
In those two seasons that Ron was a member of the IWFFC we got to know that he was always there to help with any Club activity that we had going; right from the first meeting that he and his wife Mary Jane attended, he wanted to help out with anything we were doing.
A rare person in today’s world. Ron came to the Spring Fishing Show just to help with the kids tying as well as at the Sportsman Show when we had the “Forum” there.
Ron volunteered to be the Club’s videographer at our meeting nights for  the last season that he would attend the Club’s meetings. That was the Fall of 2014 to the spring of 2015.
What members perhaps don’t know was that he also did a few tying demonstrations at the Sail store in Vaughan with Elliott. Ron instinctively knew from the start that Clubs like ours do not survive without volunteer support.
What we found remarkable was that he was in constant pain from his multiple cancer lumps and open sores. Despite that he eagerly participated and bore his disabilities like a trooper. He smiled and laughed through it all.
Last year, at the W3F2 Forum, president Ray Desilets awarded Ron with the Maurice How Award, given in recognition of the most enthusiastic and involved member of the Izaak Walton Fly Fishing Club and as well as exhibiting an interest in conservation and encouraging others. 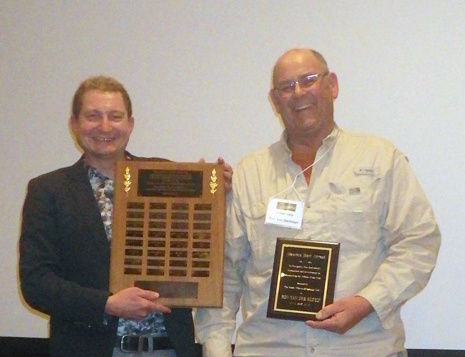 Although the photo does not convey it, it was a very moving award presentation; there were tears shed as Ron stepped up proudly to receive it. We cannot think of a more fitting recipient than Ron to receive that award as Maurice How himself had battled various serious ailments for all of his latter life and given unselfishly to the Club up to his passing some twenty seven years previously.
Ron, we will miss you. Your steadfastness, bravery, and compassion for others during your terminal years was heroic.
We salute you and will be forever grateful that you chose to become a member of our club.

Peacefully passed away at Southlake Regional Health Centre, Newmarket on Thursday, May 12, 2016.

Ron will also be fondly remembered by his nieces and nephews.