Sheldon Seale at the IWFFC 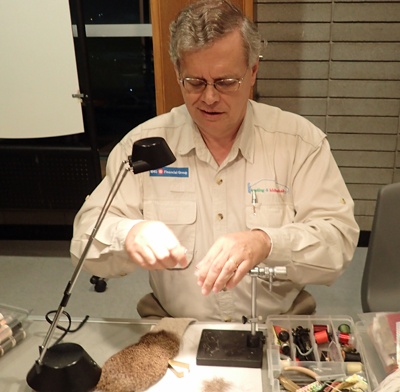 Sheldon presented several of his blood worm and midge patterns; some were exceedingly simple to tie.

He uses these patterns mainly in still waters, such as ponds and lakes. They can also be very effective at slow, river tail outs. He recommends using them under a light float, and also in multi rig patterns if local regulations allow.

This one is a variation on the San Juan worm pattern and has two circular rubber bands, each tied in the middle at the middle point of the hook shank and held in place with a drop of head cement: 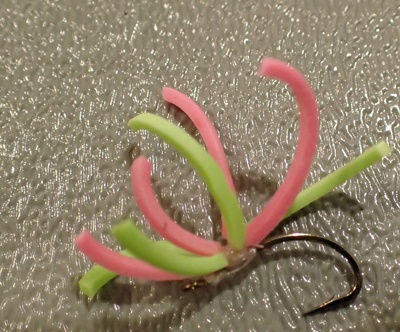 This one uses a size 12 up eye hook. It utilises a black bead head, a stretched rubber band and a thorax of seal dubbing: 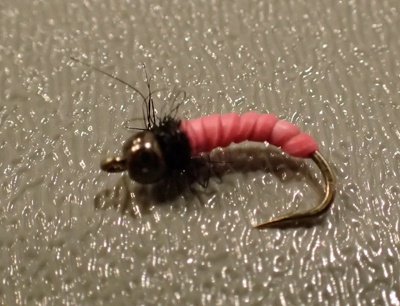 This one has a black bead head, and a collar of two strands of peacock herl. The ribbed abdomen is two pieces of colored wire, wrapped around the bend of the hook and simply twisted off at the bottom.

(I guess that a few drops of UV cement over the wire would provide a more robust and durable finish): 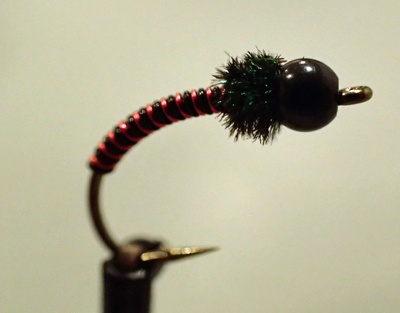 The next fly is a variant of the Shipmans Buzzer using a black thread base, then white Antron fore and aft, red seal fur dubbing at the tail junction. Black seal fur underlies the body of the fly and is overwrapped with thin pearl Mylar: 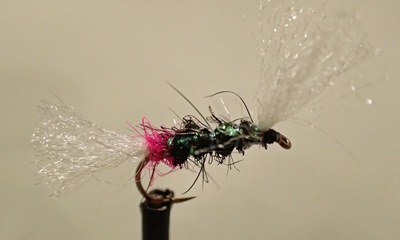 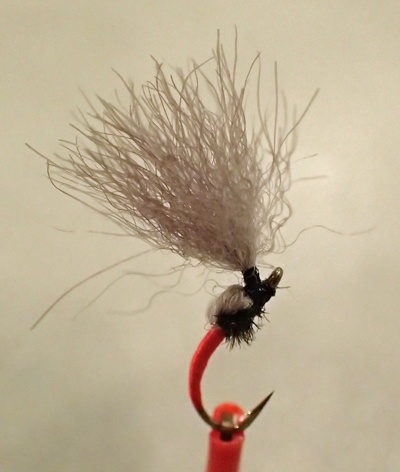 Sheldon’s penultimate tie was a water boatman. Tied on a size 10 hook.

The bead can be copper or gold. (Not black nor silver).

Once the legs are tied in, lead wire can be used above and below the leg tie in point to provide any needed weight.

Yellow dubbing is used for the body, and brown turkey for the wing case. 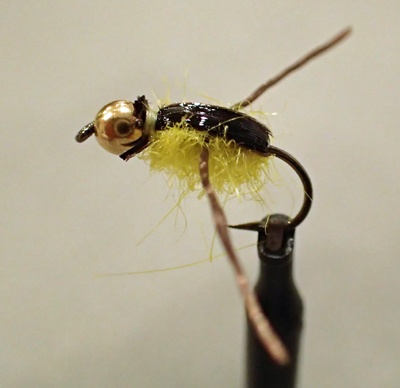 The tail is comprised of several fibres from a white saddle feather.

The collar is furnace saddle hackle. 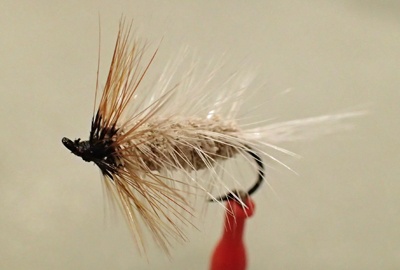 Many thanks to Sheldon for his witty presentation.

Peter Charles Part2: Tactics for Carp on the Fly