Three weeks ago a small bird hit our screen door. I found it in the morning and my wife demanded we give it a decent send-off. We did.

The following week, Charlie and I were returning from a day’s fishing. There at the bottom of his drive was another, freshly deceased bird,  a starling.

Not wanting to put my wife through the same anguish, without telling her, I put the poor bird in a small plastic bag and in the trunk of my car. (I must confess, I also wanted to make good use of the poor bird). I had a sleepless night trying to remember how to dissect a bird, and how to preserve the skin with Borax. The following morning as my wife was in the shower I retreated to the deck; and rather than go through the whole process of preserving the bird I frantically plucked off the feathers and placed them into the bag.

That evening in my man cave I prepared the following wet fly.

When Charlie and I next fished the Grand River I pulled out the fly and caught seven brown trout that same day.

Charlie was suitably impressed both with the fly fishing results and the not so heroic, deviant way that I had secreted the bird’s feathers. It was Charlie who christened the fly, tongue in cheek, The Starling Darling. (He pronounced it more as The Starling Dahling).

Have a go with this pattern. Don’t be afraid to use your own colors. 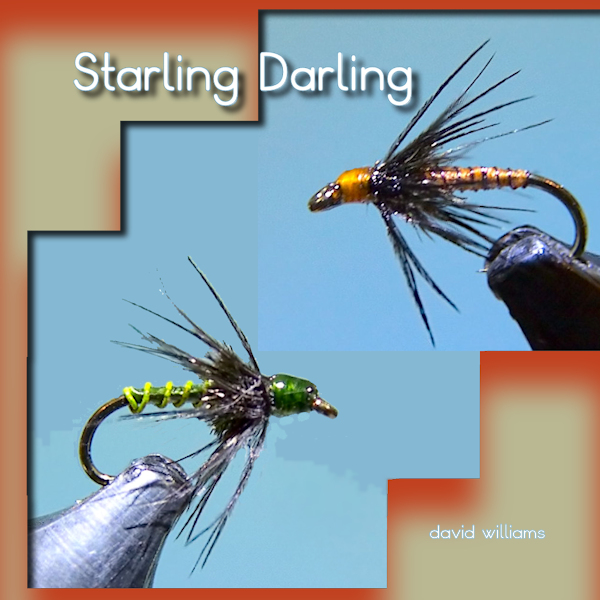 Start the thread one hook eye down the shaft of the hook, and remove the tag end of the thread. 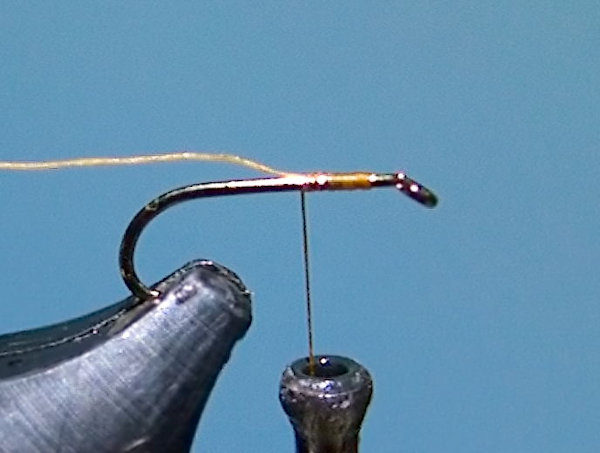 Tie in the ultra wire and run the thread down the shaft to the point above the barb of the hook. 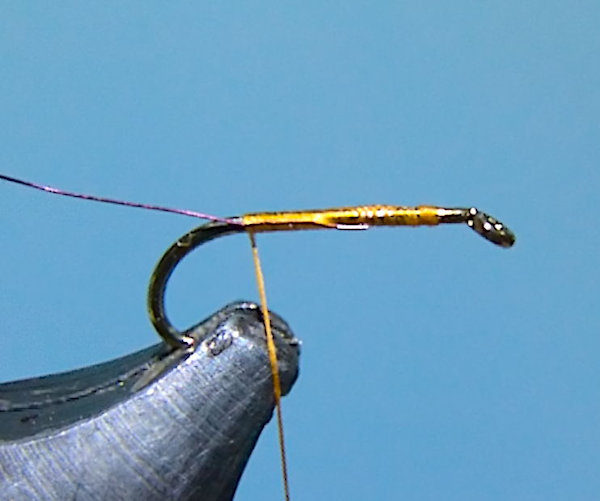 Run the thread back up to half way along the hook shank; then make five or six return turns of the wire. 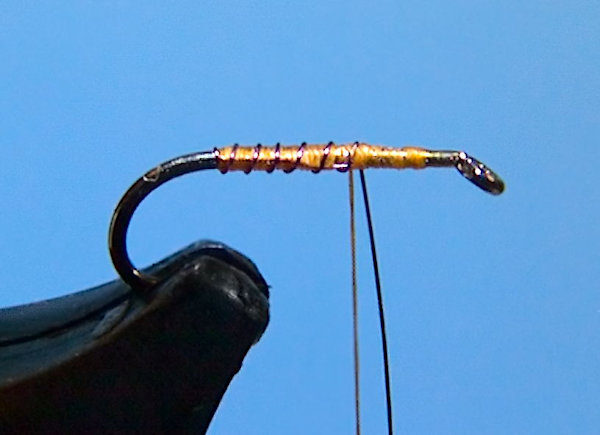 Tie off the wire and helicopter the wire off the fly.

Tie in two pieces of peacock herl at the half way point. 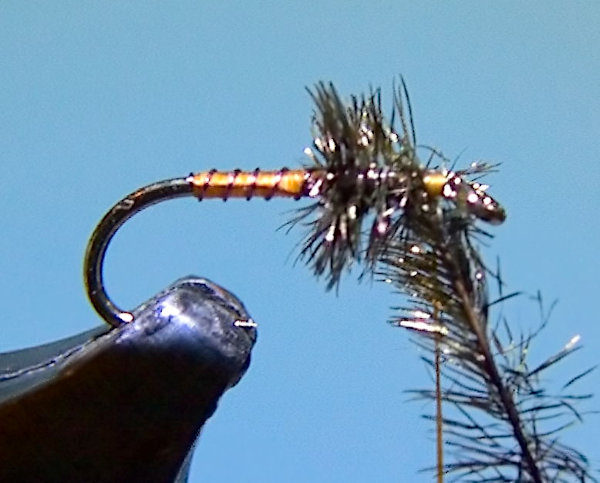 Secure the herls and then remove the waste. 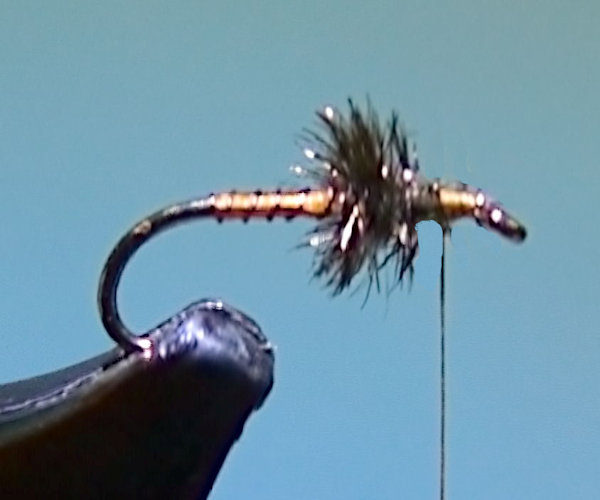 Prepare the starling or hen feather as shown. 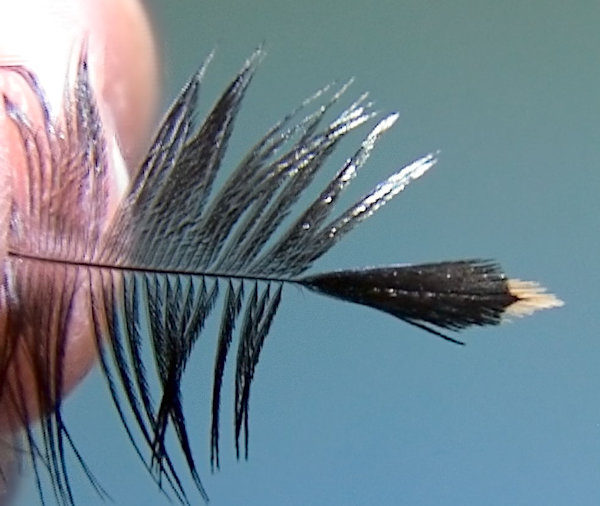 Tie in the feather in front of the peacock herls. 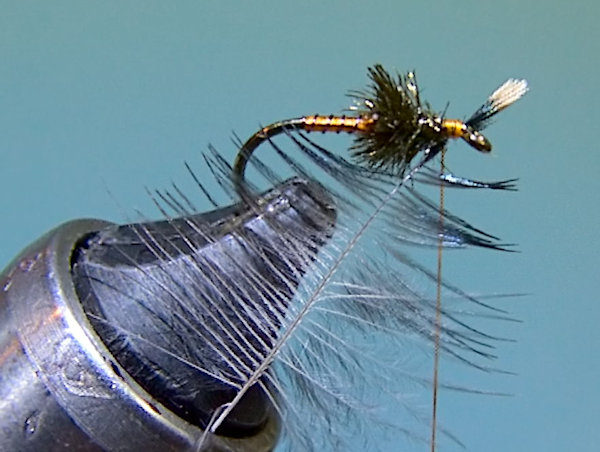 Now for the delicate part; I found that I was able to palmer the feather twice around the shaft. (The attempts at using hackle pliers were unsuccessful). 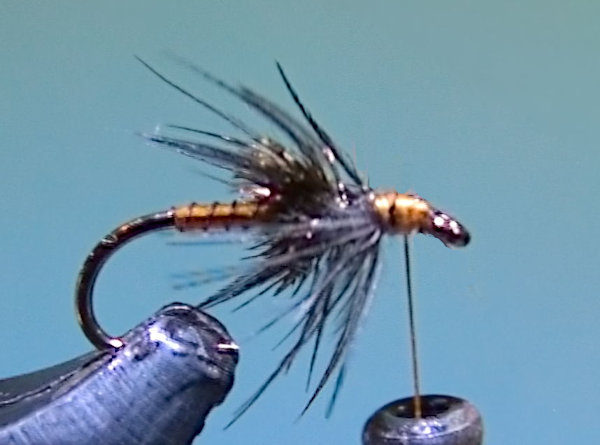 Secure the hackle with two turns of thread and remove the waste. Finally, apply lacquer to the head of the fly. 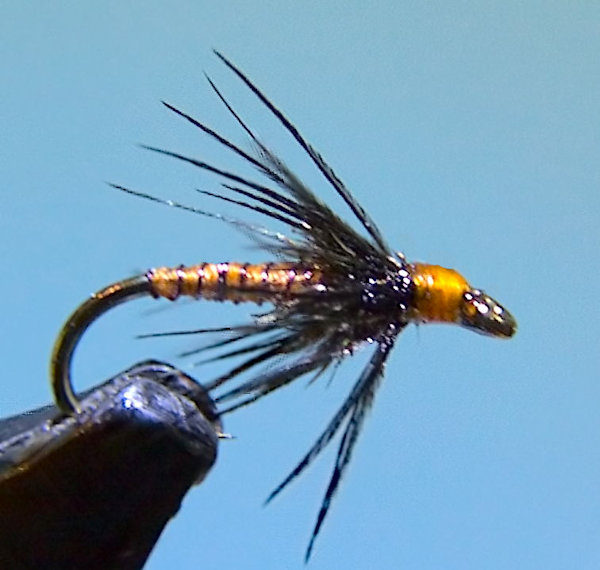 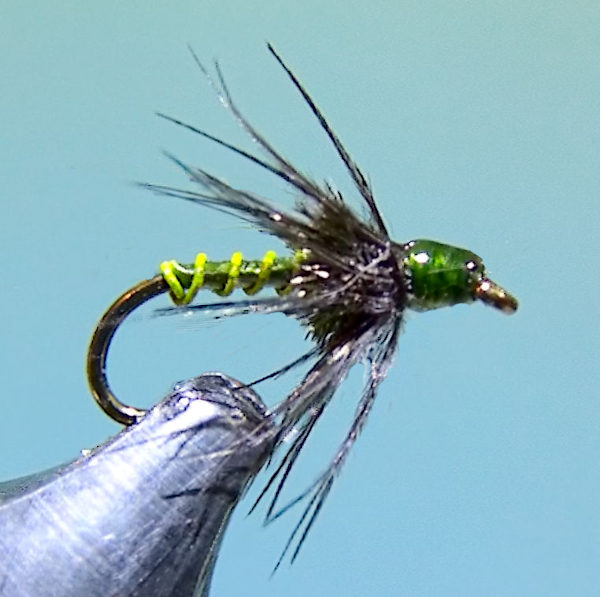 This fly is better when presented downstream on a short leader with as little of the line as possible being in the water. (The traditional wet fly presentation).